With support from Business+Impact at the Ross School of Business, and in partnership with Graham Sustainability Institute, School of Public Health, and School of Environment and Sustainability.

Real World Perspectives on Poverty Solutions introduces the key issues regarding the causes and consequences of poverty through a virtual lecture series featuring experts in policy and practice from across the nation. The series explores interdisciplinary, real-world poverty solutions from a wide variety of perspectives and encourages the formation of a broad community of learners to engage in these issues together.

Lectures are free and open to the public, and students can enroll in a course to receive one credit for attending the speaker series. 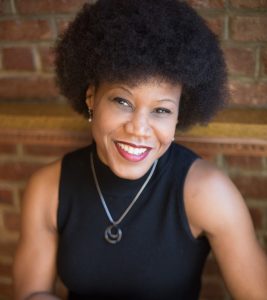 Majora Carter is a real estate developer, urban revitalization strategy consultant, MacArthur Fellow, and Peabody Award winning broadcaster. She is responsible for the creation and successful implementation of numerous economic development, technology, green-infrastructure projects, policies, and job training and placement systems. Carter combines her corporate consulting practice focused on talent-retention and applies it to reducing “brain drain” in American low-status communities. She has firsthand experience pioneering sustainable economic development in one of America’s most storied low-status communities: the South Bronx. Carter creates vision, strategies, and developments that transform properties in low-status communities into thriving mixed-use economic developments. Her approach harnesses capital flows resulting from American re-urbanization among all ages, races, and income levels, to help increase wealth-building opportunities across demographics left out of this historic financial tide change. Her work produces long-term fiscal benefits for government and leading private real estate developments. She advises and partners on transformational real estate developments in the South Bronx and around the country. In 2017, she launched the Boogie Down Grind, a Hip Hop-themed specialty coffee shop and craft beer spot, and the first commercial “3rd Space” in the Hunts Point section of the South Bronx since the mid-1980s. This venture also provided a rare opportunity for local families to invest. Her ability to shepherd projects through difficult socio-economic conflict has garnered a very long list of awards and honorary PhDs, including: 100 Most Intriguing Entrepreneurs by Goldman Sachs, Silicon Alley 100 by Business Insider, Liberty Medal for Lifetime Achievement by Fox News, and other honors from the National Building Museum, International Interior Design Association, Center for American Progress, as well as her TEDtalk, which was one of six to launch their site in 2006. Carter has served on the boards of the U.S. Green Building Council, Ceres, and the Andrew Goodman Foundation, and she is quoted in the permanent collection of the Smithsonian Museum of African-American History and Culture in Washington, D.C., as saying: “Nobody should have to move out of their neighborhood to live in a better one.” Carter has continually set new standards of excellence with projects in her South Bronx community, while expanding her reach through business interests that have all pointed toward greater self-esteem and economic potential for low-income people everywhere.Carter was born, raised, and continues to live in the South Bronx. She is a graduate of the Bronx High School of Science (1984), Wesleyan University (1988 BA, Distinguished Alum) and New York University (MFA). After establishing Sustainable South Bronx (2001) and Green For All (2007), among other organizations, she opened a private consulting firm (2008), which was named Best for the World by B-Corp in 2014.While at Sustainable South Bronx, Carter had deployed MIT’s first-ever Mobile Fab-Lab (digital fabrication laboratory) to the South Bronx, where it served as an early iteration of the “maker spaces” found elsewhere today. The project drew residents and visitors together for guided and creative collaborations. In addition, Carter launched StartUp Box, a ground-breaking tech social enterprise that provided entry-level tech jobs in the South Bronx, operating it from 2014-2018. Carter has helped connect tech industry pioneers such as Etsy, Gust, FreshDirect, Google, and Cisco to diverse communities at all levels.


What does poverty mean to you? From the 2019 Poverty Solutions Speaker Series