Michigan-Mellon Project on the Egalitarian Metropolis 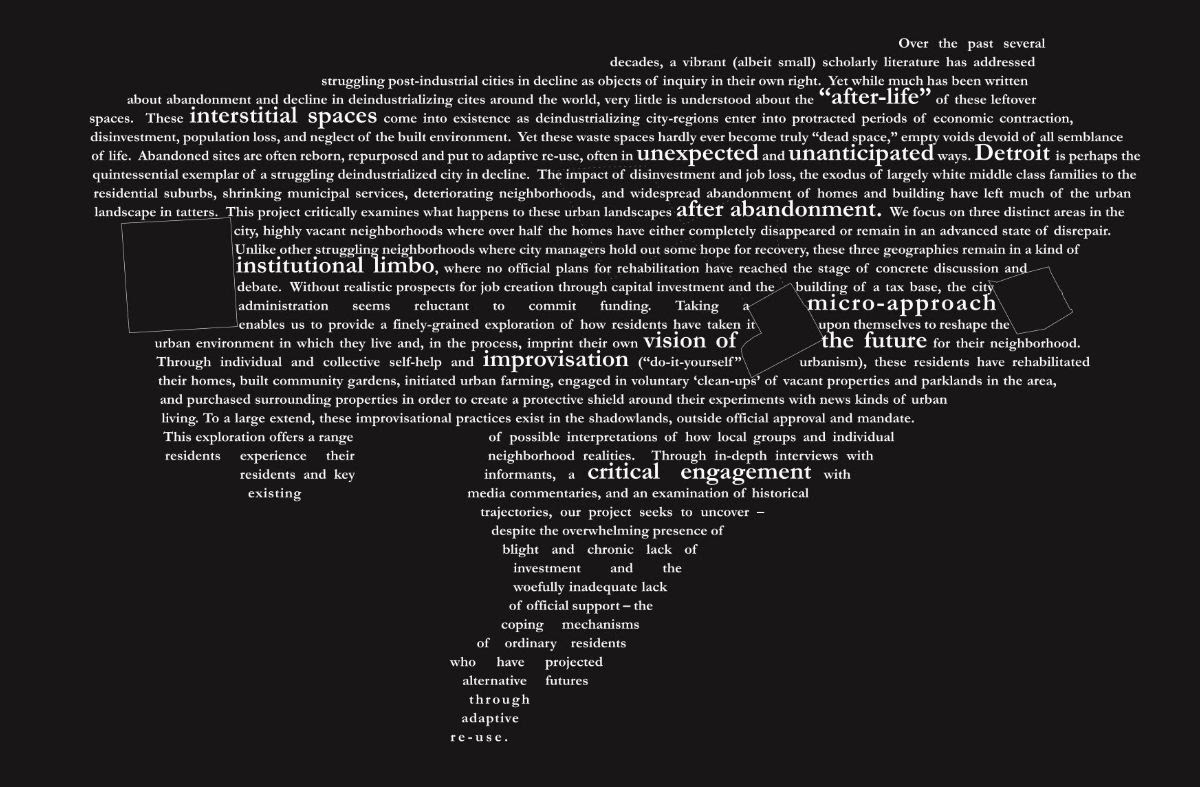 After a half-century urban crisis that fundamentally undermined equality and brutally conjoined patterns of residential segregation with racism, ethnic intolerance and discrimination, Detroit’s partial recovery has provoked a profound “urban conversation” over the aspiration voiced by Detroit’s Planning and Development Director Maurice Cox that “Detroit’s recovery will be the most inclusive of any American city.” Supported by theMichigan-Mellon Project on the Egalitarian Metropolis, “Mapping the Egalitarian Metropolis: Spaces of Hope” features work by seven interdisciplinary research teams led by University of Michigan Taubman College faculty, each using techniques of deep mapping, critical cartography, and community engagement to reveal planned and unplanned places within Detroit that —despite the inequalities—have the potential to bring diverse people together to serve as loci for a more inclusive recovery.

Join us in Detroit for short presentations from the recipients of the research grants and an exhibition opening of the featured projects:

This event is free and open to the public. A reception will follow.

About the Michigan-Mellon Project on Egalitarianism and the Metropolis
The project is made possible by a $1.3 million grant from the A. W. Mellon Foundation to allow design theory and practice to inform and be informed by questions of social justice, social movements and transformative creative arts movements – both past and present. The emphasis on cities will focus humanists on linking theories of human interaction and collective life with the physical space of a city and its histories. The increased expertise in urbanism allows for humanists to better understand the market forces and economic constraints that inform design decisions that directly affect human life.