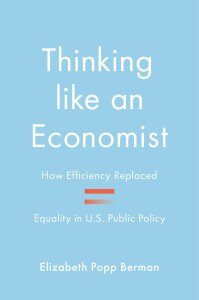 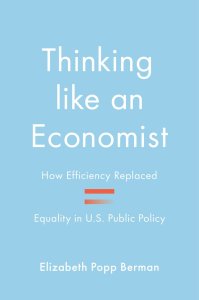 Between the 1960s and the 1980s, an economic style of reasoning—one focused on efficiency, incentives, choice, and competition—became prominent within U.S. public policy, including in domains that were once not seen as particularly “economic”. Drawing on historical research on policy domains ranging from environmental to welfare to antitrust policy, I show how particular intellectual communities introduced and disseminated this style of reasoning, and examine its lasting political effects. As the values of economics—especially various forms of efficiency—became institutionalized through law, regulation and organizational change, it became harder for competing claims about rights, universalism, equity, and power to gain purchase. While economic reasoning had the potential to conflict with conservative as well as liberal values, in practice it was particularly constraining for the Democratic left—the implications of which continue to be felt. This talk will illustrate this larger argument with a focus on how these dynamics played out in the arena of social policy—welfare, health, housing, and education.

Bio: Elizabeth Popp Berman is Associate Professor of Organizational Studies and (by courtesy) Sociology at the University of Michigan. Her new book, Thinking Like an Economist: How Efficiency Replaced Equality in U.S. Public Policy, will be published with Princeton University Press in March 2022.