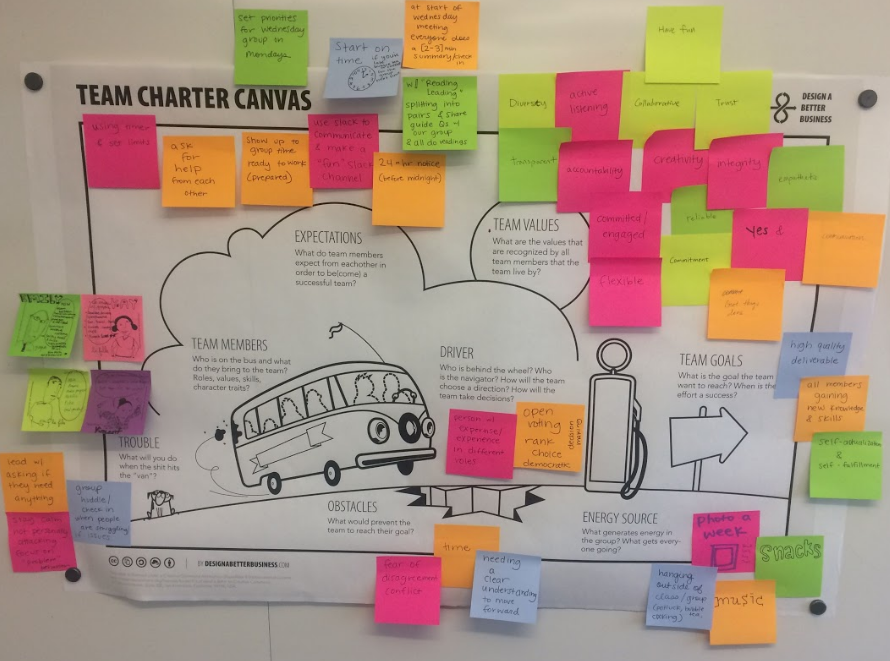 by Jason Chao – +Impact Studio: Translating Research into Practice (BA670) allows students to promote their ideas in a comfortable and safe environment, and how to effectively persuade others. Yesterday I saw a very shy engineer speaking out about his idea. You need to understand how important a safe and diverse environment is for members of a group to have the confidence to express their opinions. In How Google Works, the author mentions that Google provides a safe environment to make mistakes. Not only do bosses allow mistakes, they actually encourage mistakes and ask employees to take chances. The result is more, higher-quality ideas.

In addition to that kind of enlightened leadership, I personally think that these other two factors are also important. 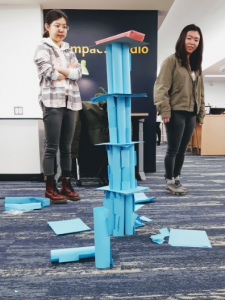 It’s fun to relax and accept others. When I came to BA670 for the first time, the teacher warmly welcomed everyone. Before the team members introduced themselves, we were divided into groups to complete a small competition to see which team could build the highest paper tower. In the end my team came in second place (or, the third last, since there were only four teams!). This project immediately broke the ice with the other people—no one was unfamiliar–and smoothly developed good feeling about the classmates around me.  We became comrades-in-arms. (It’s also possible to hate other classmates instantly, which can ruin a semester. Luckily I think the chances of that are low in this class.)

Set up a framework for agreement and build common interests. There are different master students on our team. Emily is in social science, Kay is a UIUX designer, Vincent is a computer programmer, and I am an MBA. The way we communicate and think differently would suggest at first glance that this group would not succeed. But we spent two hours yesterday discussing each person’s background, how they would think of ideas and how they would express them. Those with different opinions are not competing with each other. Most importantly, we all want to create a usable product in the end. After establishing our common interests, our group immediately became active, and the formerly quiet members also began to think freely.

Maybe our team is just a special case, and these intentional methods are meaningless. But I saw laughter and engaged discussion in the entire classroom. At the end of that first class, the student wouldn’t go home immediately. Everyone committed to putting their energy into this class. So I know it will be continue to be very interesting.