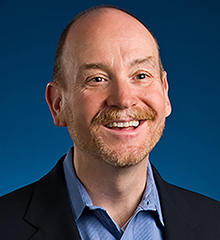 Jerry Davis is the associate dean at the Stephen M. Ross School of Business and leads the Business + Impact initiative. Davis’ research at the University of Michigan is broadly concerned with corporate governance and the effects of finance on society. Through his years as a researcher, he recognized the implications that globalization and technology had for the U.S. economy as millions of Americans jobs were being displaced. He realized that the private sector needed to have a more positive impact on society. With this realization, Davis began concentrating on how business could be used to solve some of the world’s most pressing challenges.