Social Impact as a Competitive Advantage: Amulya Parmar’s Takeaway from his invitation to the United Nations

On any given day, there are about 2,000 people at the United Nations. These 2,000 people speak for 7 billion others. The list includes luminaries, world leaders, and C-level execs. And this coming September… that list included, albeit for a brief time, a junior from the University of Michigan.

Hi, my name is Amulya Parmar. I am a junior in the BBA program at the Ross School of Business and Computer Science Engineer with the School of Engineering.

Two years ago, we helped put on for the Media for Social Impact Summit at the United Nations with the help of four partners.  Last year, we were re-invited as VIP guests to the Summit, eventually partnering with Givewith, a sister company of CBS, and hiring a few interns from right here at the University of Michigan for our collaboration. This September, with the support of the Ross Business+Impact Initiative, I will be going back to the United Nations not just representing my organization HostYourVoice but also as a Business+Impact representative.

The first year and second year I went to the United Nations–okay, I’ll admit–I didn’t necessarily fit in. But I never said I wanted to fit in, did I? Usually, I am the youngest individual in the room, but the thing that makes the United Nations special is that the UN realizes the role younger generations’ Gen Z and millennials or “digital natives” will play in solving the next generation of world problems.

It’s startling, if anything, that being a part of Generation Z is an advantage.

Although, Peter Parker AKA Spiderman slung his webs in New York City, the words of his Uncle Ben still ring true: “With great power comes great responsibility.” It is our job as both the advocates and enablers of social change.

You can meet many different types of individuals at the United Nations: Activists, Politicians, Artists, and Tourists. 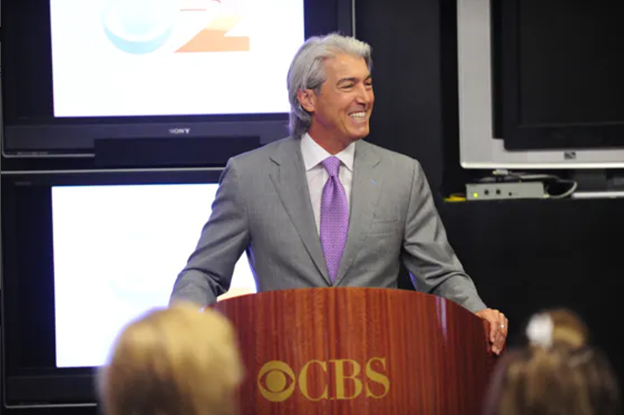 Yet my most life-altering conversation was with an entrepreneur named Paul Polizzotto. Paul has been a social entrepreneur before the term was invented.

He doesn’t come from the marketing world or the tech world. Since he was 25, he has been building for-profit businesses that simultaneously better the lives of people in communities across the country. He jokes that he hasn’t worked for anyone his entire life — that is until his business was acquired by CBS for an undisclosed sum.

Yet one of the most interesting parts of Paul’s story was that he was able to empower over $100 million dollars in financing for nonprofit projects across the United States without fundraising a single dollar for charity.

How? Well. Here’s how Paul explains it:

“With the advent of the Internet, the commodity-like nature of advertising became even more pronounced. Prices quickly fell, and even more businesses started advertising. Supply was greater than demand.

“So for the first time, the conversation with advertising went from spray and pray to pay to say. Subsequently, a lot of attention was paid on what was said in every advertisement.

“Companies now had to be creative and innovative with how they produce advertising in order to get results.

“Instead of serving primarily the businesses, advertising became a function of serving the customer. The best deals. The exclusive discounts. Or in the case with EcoMedia, consumers could be enabled to impact the lives of other individuals just by consuming an ad.”

See Ecomedia placed social impact at the center of its business. Paul’s thesis was that brands would spend an inordinate amount of money on traditional advertising to prove that their brand stood for something greater than a cap.

My greatest takeaway from the United Nations is simple. We, Generation Z, as the next generation that has the opportunity to invent new businesses that impact the world, we have the ability to reinvent the business models that fundamentally change the platform on which all businesses operate.

Till next time, your Business+Impact Ambassador 2019 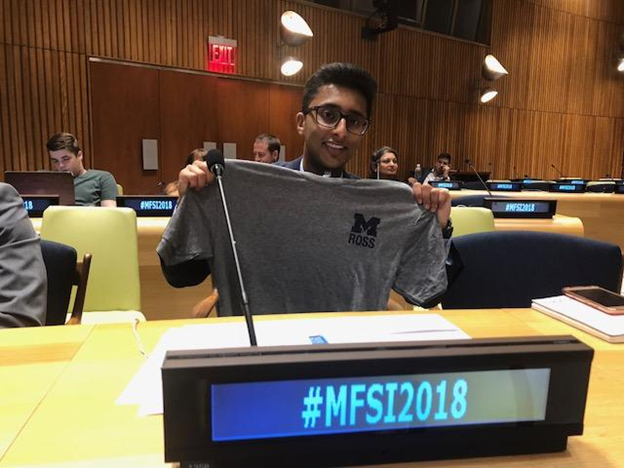