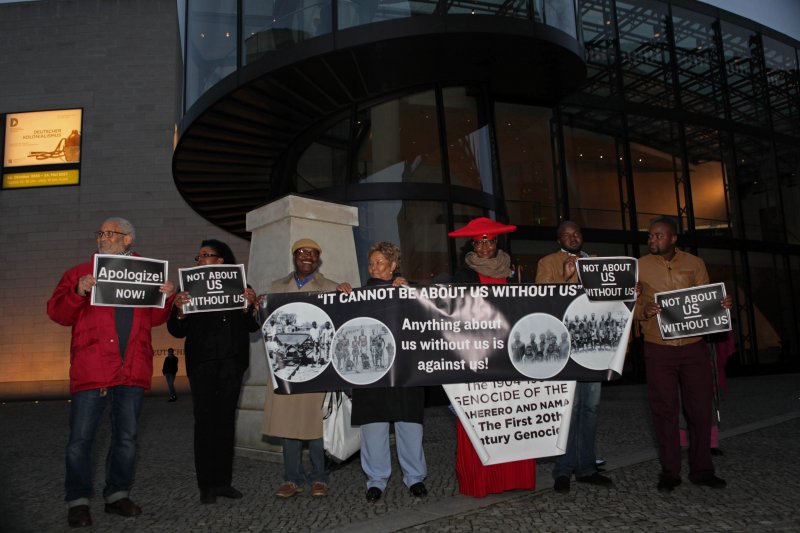 As the colonial past is increasingly being incorporated into national and transnational histories, some museums have positioned themselves as public facilitators of the labor of mourning, of empathetic listening, and of rehearsing postcolonial conviviality. The presentation looks at recent exhibitions in German and European museums, to examine how curators set struggles over racial inclusion and equality within longer histories of violence. How do these exhibitions approach the challenge of decolonizing national and European histories?

Katrin Sieg is Graf Goltz Professor and Director of the BMW Center for German and European Studies at Georgetown University, where she is jointly affiliated with the German department. The author of three scholarly monographs, she has published across the fields of German, European, and Theater/Performance studies. Her research intersects with feminist, postcolonial, and critical race studies. She has received several awards and grants, among them two awards for her second book, Ethnic Drag: Performing Race, Nation, Sexuality in West Germany (2002). A fourth book, Decolonizing German and European History at the Museum, is under contract with the University of Michigan Press.

The German Speakers Series is sponsored by the Department of Germanic Languages and Literatures. These events are free and open to the public. If you are a person with a disability who requires an accommodation to participate, please contact 734-764-8018 or germandept@umich.edu at least one week in advance.

This event is Co-Sponsored with Alamanya: Transnational German Studies Rackham Interdisciplinary Workshop and the Center for European Studies 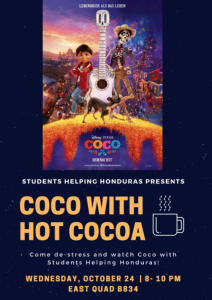 Take a study break and join Students Helping Honduras while we watch Coco on Wednesday, Oct. 24 at 8pm in EQ B834! SHH hosts various fundraising and outreach events in order to promote education and youth empowerment among rural Honduran communities; every dollar we raise goes directly towards the construction of elementary schools in Honduras. There will be hot cocoa and donuts for sale! Enjoy a fun movie while supporting a great cause! #paralosniños

Take a study break and join Students Helping Honduras while we watch Coco on Wednesday, Oct. 24 at 8pm in EQ B834! SHH hosts various fundraising and outreach events in order to promote education and youth empowerment among rural Honduran communities; every dollar we raise goes directly towards the construction of elementary schools in Honduras. There will be hot cocoa and donuts for sale! Enjoy a fun movie while supporting a great cause! #paralosniños

Dr. David Pilgrim, the founder and current director of The Jim Crow Museum of Racist Memorabilia, will discuss the origins of this museum, its segregation era artifacts, and its mission to use these objects of intolerance to teach tolerance. 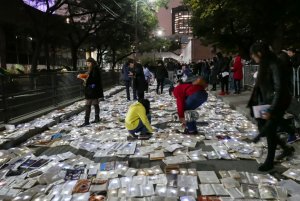 This October, the Institute for the Humanities is shutting down Liberty Street near U-M campus. We’re going to reuse thousands of discarded books, turning them into an illuminated pathway for “Literature vs. Traffic,” a large-scale art installation by Spanish undercover art collective Luzinterruptus.

Ann Arbor joins Toronto, New York, and Melbourne, as we feature–for one night only–the brilliance of 10,000 books and thousands of LED lights. What was just a street will become a beautiful installation, as we bring the power of art, education, the written word, and free thought to the entire Ann Arbor community by essentially “paving” Liberty St. with thousands of glowing books.

This is a grass-roots project and your participation is essential!

Want to play a part in this amazing campus and community-wide project? We need:

Volunteers: Community and campus groups and individuals to volunteer to work with the artists to prep & attach lights to books (Oct 15-23), and the day of the event (Oct 23);

Donations: Books that would otherwise be recycled or thrown away;

Visitors: Come view the extraordinary installation, and help us extend the life of a book by taking one (or more) home (Oct. 23 5-11pm).

Small quantities of books can be dropped off at the Institute for the Humanities office at 202 S. Thayer. We can also pick up larger quantities of books. Read more on our website at www.lsa.umich.edu/humanities, or email luzinterruptus@umich.edu to volunteer, schedule a book pick-up, or with questions.

Exhibition of Art by Martin Vargas 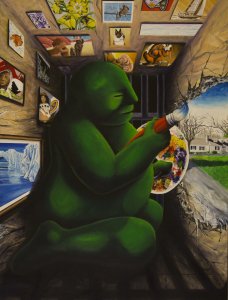 *Free and Open to Public*

A self-taught artist who spent 45 years in prison for a crime committed when he was 17 years old, Martin Vargas has participated in the Annual Exhibition of Art by Michigan Prisoners since its inception in 1995. He has created hundreds of pieces of art, one of which was gifted to Supreme Court Justice Sonia Sotomayor during her visit to University of Michigan in 2017.

Earlier this year, Martin came home after more 45 years of incarceration. Join us and celebrate Martin at Detroit Street Filling Station (300 Detroit St., Ann Arbor, MI 48104) as he opens his solo exhibition in Ann Arbor on Oct 17, 2018 (reception at 5:30 p.m.).

This Exhibition is co-sponsored by Detroit Street Filling Station 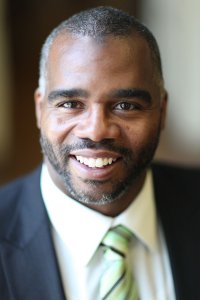 The world seems to be in crisis. The planet is in peril. Oceans are poisoned with human waste. Racism is on the rise. Virulent nationalism has resurfaced across the globe. Religion is shaky and ungrounded. Technology is reaching into our lives instead of enriching it. We seem to have reached an impasse on borders and the role of government. Humans usually develop shared stories to understand moments like these. The current narrative that is shared by religion, science, and politics is about the end of it all—the end of the world. But is that what is happening?

Ibrahim will address how to confront this time of extraordinary upheaval, a time in which the failures of our economic and political systems have become clear and the harm is deeply and widely felt. In this moment of upheaval, of dissolution and awakening, what is unravelling? What is possible that wasn’t possible before? What is the worldview that we can awaken and cultivate now? What seeds did (y)our ancestors plant for Deep Democracy, rooted in Beloved Community, that you could water and cultivate now?

He will share amazing examples of work happening right now that seeks to nurture whole people and whole communities as we transition away from a world of domination and extraction to one of regeneration, resilience, and interdependence.

Ibrahim Abdul-Matin is the author of Green Deen: What Islam Teaches About Protecting the Planet. He has advised two NYC mayors on sustainability policy, among other issues, and has also worked with Fortune 500 companies on sustainability and innovation. He has spoken and written for a variety of outlets on diverse topics including Islam and sustainability, organizing and activism, and land use process. A former on-air sports contributor to WNYC’s The Takeaway, Abdul-Matin has appeared on CNN, Fox News, and Al Jazeera, among others. And in 2015 he was named one of the 40 Under 40 Rising Stars in New York City Politics by City & State Magazine.

Written and Performed by Ashley Lucas, directed by Joseph Megel 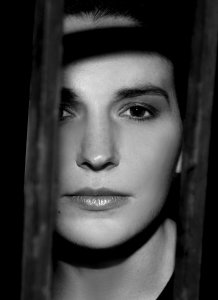 Doin’ Time: Through the Visiting Glass examines the impact of incarceration on families. Ashley Lucas, the child of an incarcerated father, conducted interviews in California, Texas, and New York with prisoners’ family members, former prisoners, and people who do work connected to prisons. She also corresponded with over 400 prisoners from across the U.S. Weaving together these interviews and letters with her personal experience as a prisoner’s child and creative writing, Lucas wrote a one-person play which she performs herself. Doin’ Time uses monologues to take the audience through a variety of perspectives on the families of the incarcerated. Since 2004, Lucas has performed Doin’ Time both inside and outside prisons throughout the U.S. and in Ireland, Canada, and Brazil. The play runs one hour and fifteen minutes and is always followed by an audience discussion.

RESERVATIONS ARE REQUIRED. THE EVENT IS SOLD OUT, but if you did not get a reservation, you may come to the event and get on the waiting list in case a spot opens up. 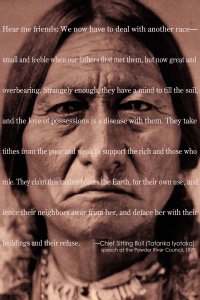 Detwyler’s art is an outgrowth of his career as environmental scientist. Primarily, his art is directed against the forces of environmental destruction, especially protesting the anti-life consequences of corporate capitalism. In his environmental protest art the fundamental elements are photographs. Some works are collections of many images where I combine pieces into a montage. 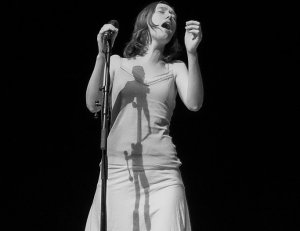 Prisoner’s Song, a critically acclaimed multimedia performance about the experience of the incarcerated in America, will be presented at four different Detroit venues this September, free of charge and open to the general public. University of Michigan’s Center for World Performance Studies presents a Performance Talk with Gelsey Bell and Erik Ruin, on Tuesday, Sept. 18th at 6pm. Prisoner’s Song is the recipient of a Knight Arts Challenge Grant.

Prisoner’s Song is an hour-long performance comprised of ten chapters based on various primary sources, approached in an array of performance styles. The performance, by New York-based composer Gelsey Bell and Philadelphia-based (and Detroit-raised) visual artist Erik Ruin, uses shadow puppets, projections, and a variety of musical idioms to portray the prison experience. For instance, the 19th-century British folk ballad “Adieu To All Judges and Juries” tells the tale of a woman yearning for her lover who has been forcibly exiled, set to an original arrangement by Bell and illustrated by an intricate paper-cut scroll 10.5 feet in length. In contrast, an inventory of prisoners’ personal possessions from the Eastern State Penitentiary in the 1930s is performed as an abrupt sequence of voices and percussion, with the silhouettes of found objects starkly flickering across the screen.

By drawing on historic ballads, poetry, audio interviews with people who have spent time in prison, and other primary sources, Prisoner’s Song allows audiences to encounter the states of mind and heart that prison engenders. The New York Times calls Prisoner’s Song“uncomfortably powerful … evoking the restrictive and impoverished reality of incarceration even as it pays tribute to the resilience, ingenuity and poetry that can transcend it.”

Prisoner’s Song is presented free through the contributions of the John S. and James L. Knight Foundation, Carrie Morris Arts Production, the U-M Center for World Performance Studies, the U-M Prison Creative Arts Project, Power House Productions, and through the generosity of many individual donors.