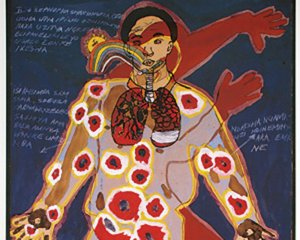 Women’s collaborations continue to lead the way in a number of critical human rights issues in post-apartheid South Africa: historical memory and heritage; housing and land rights; HIV/AIDS; LGBTI rights and the right to safety at home and at work without fear of violence. The ongoing struggles for these rights are usually intertwined.

At the UN Women Summit in May 2016, the Executive Director, Phumzile Mlambo-Ngcuka, specifically highlighted the critical importance of women’s role, “Experience and research show that when women are included in humanitarian action, the entire community benefits…Women must be included in decision-making about the forms of assistance, means of delivery, and the provision of the protection and economic and social empowerment opportunities they need so they can be agents of change.” (http//www.unwomen.org/en/news/in-focus/humanitarian-actionhashtagsthash.RBIoHrzc.dpuf)

This lecture argues that while the conventional political terrain in South Africa appears to be stalling on delivering the fruits of a democratic process, a new space for effective political activism on the ground has been opened up by women makers and artists. The lecture explores some of the extraordinary projects which have taken the initiative to transform complex social environments still blighted by the devastating legacy of the apartheid years and the economic and health challenges presented by years of official denialism in the face of the AIDS/HIV pandemic. It argues that gender is a critical component in the wider social efficacy of these art projects.

The lecture contends that the art and creative collaborations examined in this research has lent agency to women activists and has become an effective means of challenging the authorities and raising awareness of women’s rights. It argues that the mental and physical health benefits arising from these processes have enabled the confident transmission of accessible and lifesaving knowledge.

Annie E. Coombes is Professor of Material and Visual Culture in the Department of Art History and Founding Director of the Peltz Gallery at Birkbeck, University of London. Coombes is an art and cultural historian specializing in the history of the culture of British colonialism and its legacy in the present, particularly in Africa (Kenya and South Africa) and in former settler colonies. Her prize-winning books include: History After Apartheid: Visual Culture and Public Memory in a Democratic South Africa (2003) and Reinventing Africa: Museums, Material Culture and Popular Imagination in Late Victorian and Edwardian England (1994).