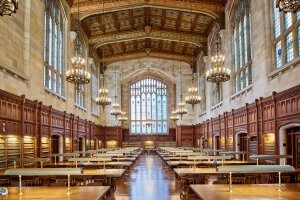 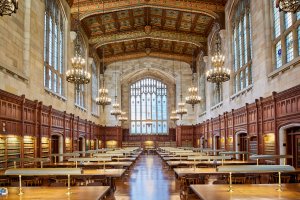 This program has been modified to deliver in a remote setting and updated to include content directly related to the COVID-19 pandemic. For questions or requests for accommodation, please contact our Administrative Coordinator, Mikalia Dennis (mikaliad@umich.edu) as soon as possible.

In this session, participants will learn to:

– Examine your own background and identities and how these identities shape our experiences and perspectives
– Discuss how the brain functions, and relate how unconscious bias is a natural function of the human mind
– Identify patterns of unconscious bias that influence decision-making processes
– Confront internal biases and practice conscious awareness
– Review strategies to create transformational change in the workplace

You will benefit by:

– Raising self-awareness, sparking conversation with others and initiating new actions
– Enhancing your professional and personal effectiveness on and off the job
– Positively influencing personal and organizational decisions
– Creating stronger and more positive work relationships with others

This session is open to all LSA employees. It is recommended that participants complete this course before enrolling in the Microaggression Session. External guests may request to join as space allows.

For questions or requests for accommodation, please contact our Administrative Coordinator, Mikalia Dennis (mikaliad@umich.edu) as soon as possible.

In order to have meaningful, productive conversations about diversity, equity, and inclusion, we must start with a common language. This session will provide an introduction to key terminology as well as the categories and labels we use to describe others and ourselves. We will also examine how our identities shape the way we enter the world and our interactions with each other. Emphasis will be placed on using our identities to help us understand the identities and experiences of others.

In this session, participants will:

– Identify the benefits of inclusive environments
– Review key terminology related to diversity, equity, and inclusion
– Reflect on the origin of identities, their intersectionality, and their meanings
– Use our own identities as a window to understanding the identities of others to build more authentic, empathic relationships

This session is open to all LSA employees. External guests may request to join as space allows. 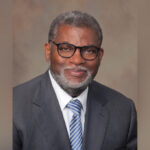 Facilitated by faculty discussant Bill Bynum this session focuses on the role of policy to advance economic opportunity for disenfranchised populations.

The series, open to U-M students, faculty, and staff, is designed to foster dialogue on important issues of U.S. public policy. Sessions are facilitated by faculty discussants. This is an opportunity for students to hear from faculty outside of the classroom. Students are encouraged, though not required, to attend as many sessions as possible. 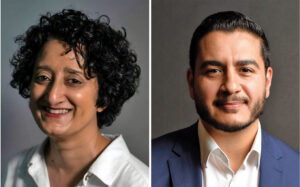 Join us for a talk with Fatima Hassan, human rights lawyer, social justice activist, and the founder of the Health Justice Initiative in South Africa; and Dr. Abdul El-Sayed, Policymaker in Residence at the Gerald R. Ford School of Public Policy.

Fatima Hassan is a human rights lawyer and social justice activist and the founder of the HJI. She is the former Executive Director of the Open Society Foundation for South Africa (OSF-SA), heading the Foundation for 6 years (mid-2013 – mid-2019). She has dedicated her professional life to defending and promoting human rights in South Africa, especially in the field of HIV/AIDS where she worked for the AIDS Law Project and also acted for the Treatment Action Campaign in many of its legal cases.

She has a BA and LL.B from the University of the Witwatersrand and an LL.M from Duke University. She clerked at the Constitutional Court of South Africa for Justice Kate O’Regan and has served as the Special Adviser to former Minister Barbara Hogan (Health; Public Enterprises).

She is a former co-director and a founding Trustee of Ndifuna Ukwazi, and previously served on the Boards of the Raith Foundation; SA Médecins Sans Frontières / Doctors Without Borders (MSF-SA); the International Treatment Preparedness Coalition (ITPC); and the SA Council for Medical Schemes. She is currently serving on the Board of Global Witness. She is the recipient of several fellowships and awards, including the Franklin Thomas SA Constitutional Court Fellowship; and the Tom and Andi Bernstein Distinguished Human Rights Fellowship at Yale University’s School of Law. She is also the host of a special COVID-19 and IP related podcast called ACCESS.

Dr. Abdul El-Sayed is a Harry A. and Margaret D. Towsley Foundation Policymaker in Residence at the University of Michigan’s Gerald R. Ford School of Public Policy. A public servant, Michigan politician, former public health professor at Columbia University, and a medical doctor, Dr. El-Sayed was executive director of the Detroit Health Department and Health Officer for the city from 2015 to 2017. In 2017 he resigned as health director to run for governor of the State of Michigan. In September 2018 he founded Southpaw Michigan, a political action committee, to help elect other progressive candidates in Michigan. He was also formerly an assistant professor in the Department of Epidemiology at Columbia University.

Dr. El-Sayed is a political contributor at CNN, the author of Healing Politics: A Doctor’s Journey into the Heart of Our Political Epidemic, and Medicare for All: A Citizen’s Guide (co-authored with Micah Johnson), and the host of America Dissected with Dr. Abdul El-Sayed, a podcast about politics and public health. In 2020, he served on the Biden-Sanders Unity Task Force on health care. Dr. El-Sayed received his undergraduate degrees in biology and political science from the University of Michigan, and his MD degree from Columbia University. He was a Rhodes Scholar at Oriel College, Oxford where he completed a PhD in public health.

Our annual Fall Semester Diversity, Equity and Inclusion event will feature Health Management and Policy Assistant Professor Melissa Creary presenting on “bounded justice,” including a conversation with Dean DuBois Bowman and DEI team leadership. About Bounded Justice: Programs, policies, and technologies — particularly those concerned with health equity — are often designed with justice envisioned as the end goal. These policies or interventions, however, frequently fail to recognize how the beneficiaries have historically embodied the cumulative effects of marginalization, which undermines the effectiveness of the intended justice. These well-meaning attempts at justice are bounded by greater socio-historical constraints. Bounded justice suggests that it is impossible to attend to fairness, entitlement, and equity when the basic social and physical infrastructures underlying them have been eroded by racism and other historically entrenched isms. 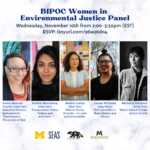 Join us for a virtual panel on Wednesday, Nov. 10th at 2 pm to hear BIPOC SEAS graduates share about their experiences working for environmental justice across a wide array of job sectors, including grassroots organizing, local government, DEI, academia, policy, and nonprofits.

Racial Foundations of Public Policy is a Fall 2021 virtual speaker series that focuses on the historical roots and impact of race in shaping public policy as both a disciplinary field and as a course of action. The series will bring in renowned scholar-experts from across the country to be in conversation with the Director of the Center for Racial Justice at the Ford School of Public Policy, Dr. Celeste Watkins-Hayes. The series is open to all members of the University of Michigan community and the wider public. Dr. Jennifer Lee, an award winning author and frequent public commentator on the implications of contemporary U.S. immigration, will join us virtually to discuss the racial foundations of immigration and public policy. Dr. Lee is the Julian Clarence Levi Professor of Social Science at Columbia University. Professor Lee’s research addresses the implication of contemporary U.S. immigration-particularly Asian immigration- on the native born population. She has studied this from a variety of analytical lenses, including immigrant entrepreneurship and ethnic conflict, intermarriate and multiracial identification, educational opportunities and outcomes, and affirmative action and the rise in anti-Asian hate. Learn more about Dr. Lee here. 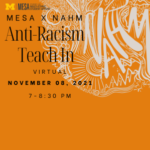 Racial justice begins with anti-racism. Anti-racism is the active process of identifying and eliminating racism by changing systems, organizational structures, policies, practices, and attitudes so that power is redistributed and shared equitably (University of Calgary). This peer-led teach-in will engage analytical frameworks for examining systemic cultural, social, economic, and political forces in the community along with individual reflection. Our hope is to raise critical consciousness, understand the opportunity for actions, and how our resources can be distributed. 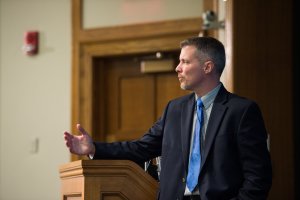 This in-person event is open only to current University of Michigan students, faculty, and staff. Others will be able to watch this event live-streamed by checking https://fordschool.umich.edu/event/2021/lessons-using-evidence-fight-poverty at the time of the event.

Shaefer will tell the story of case studies in the use of data and evidence to address poverty, making the case that applied research should inform real change. He will discuss both the persistence of disadvantage over many generations in United States, and the moments where dramatic change has occurred for the better.

Please register at https://fordschool.umich.edu/event/2021/lessons-using-evidence-fight-poverty to attend in person.